Snakes in an Atheist’s Grave 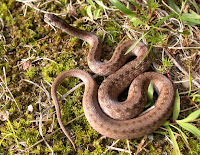